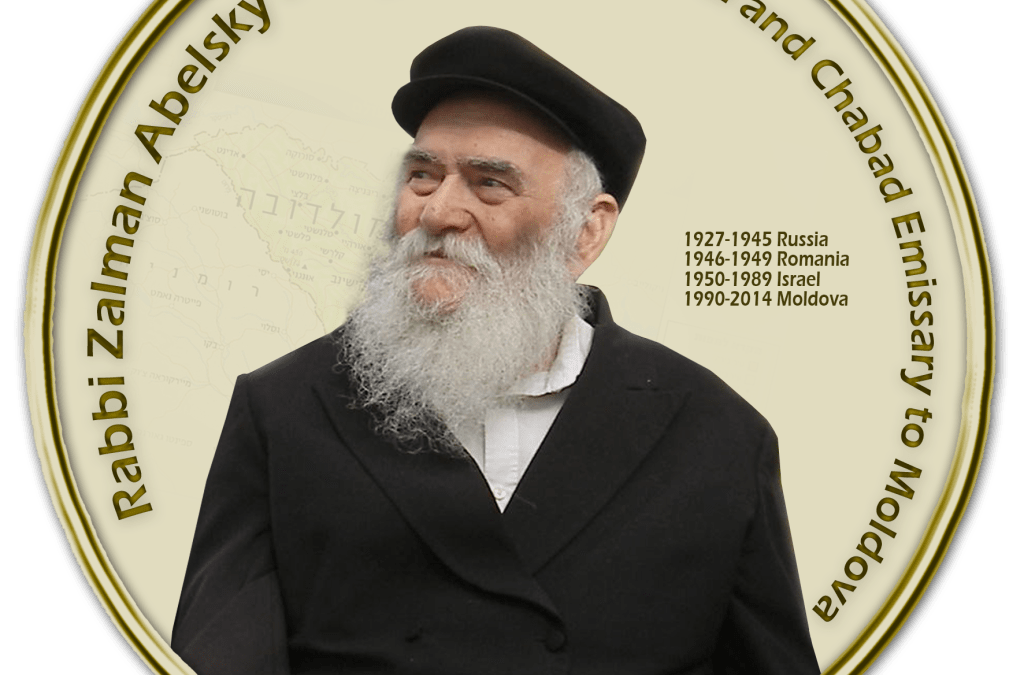 Rabbi Abelsky led the rebirth of Judaism and Jewish communal life in Kishinev, the capital of Moldova, which is known as a place of terrible pogroms which were perpetrated against the Jews at the turn of the century.

Now an independent republic, under the leadership of Rabbi Abelsky, these tragic scenes have happily given way to scenes of a vibrant, spirited Jewish life.

Rabbi Abelsky, together with his wife Leah, came to Kishinev in 1990 from their home in Israel, to rebuild Jewish life after the fall of the communist regime.

Natives of Russia, the Abelskys lived in Israel for over 40 years, but in spite of age and family ties, they rallied to the call to rebuild Jewish Moldova.

Leaving their children and grandchildren in Israel, they arrived in Kishinev as Shluchim, to bring about an awakening of the Jewish spirit in a place where it had lain dormant for nearly a century.

Although many of the young Jews of Moldova had emigrated to Israel and a variety of other Western countries, the Abelskys led the community of 10,000 Jews in Moldova, caring for their spiritual and physical needs.

Rabbi Abelsky set out to rebuild the devastated Jewish community and to restore to the Jews of Kishinev their identity as Jews. Against all odds, he established a flourishing day school with 300 full time students (Jewish Secondary School #15), a day care center, a summer camp (“Gan Yisroel”), and a program of adult education courses.

He was predeceased by his son Moshe Abelsky obm.

The Levaya took place Sunday in Kfar Chabad, Israel and burial in Jerusalem.