German Leader Merkel to Speak at Rally Against Anti-Semitism 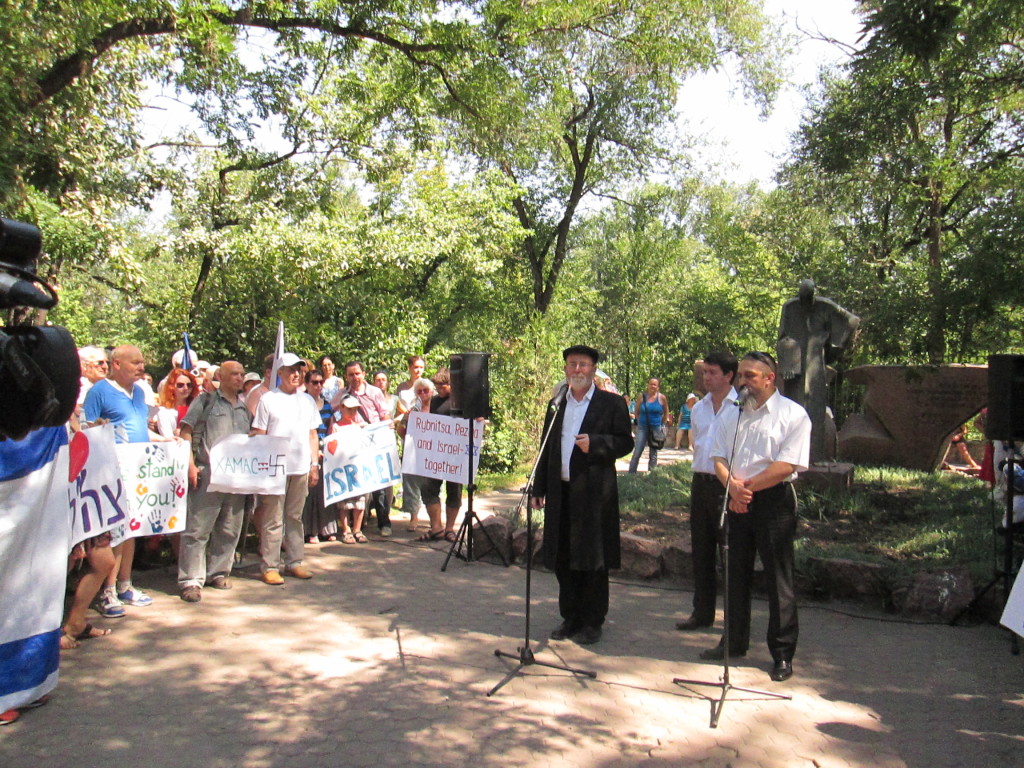 Chancellor Angela Merkel to speak at Berlin rally against anti-Semitism on Sunday, as Jew hatred makes an alarming comeback.

By AFP and Arutz Sheva Staff

German Chancellor Angela Merkel will speak at a Berlin rally against anti-Semitism on Sunday to condemn hate speech and attacks against Jews that spiked amid the latest Gaza conflict. The event comes 75 years after the outbreak of World War II, during which Nazi Germany murdered six million Jews, a crime that remains a source of enduring shame in the country.

The rally at Berlin’s iconic Brandenburg Gate will be held under the banner “Stand Up: Jew Hatred – Never Again!” and coincide with a World Jewish Congress (WJC) meeting in the capital.

Merkel, in her latest weekly podcast, vowed to “personally do everything I can — as will my entire government — to ensure that anti-Semitism doesn’t have a chance in our country”.

But she stressed that “we’ve got a lot of work ahead of us”, speaking after a recent spate of ugly incidents that have unsettled Germany’s resurgent 200,000-strong Jewish community. “We can see that there is not a single Jewish institution here that doesn’t require police protection… That’s something that very much concerns me,” she said.

Germany’s Jewish community in July, at the height of the IDF’s attempt to protect Israelis from incessant Hamas rocket attacks during Operation Protective Edge, condemned an “explosion of evil and violent hatred of Jews” at pro-Palestinian rallies. Demonstrators shouted “death to Israel” and yelled that Jews should be “gassed”. At one rally they shouted “Zionists are fascists, killing children and civilians”, while a visiting imam in a Berlin mosque speech said that “Allah should kill them to the very last one.”

The surge in verbal violence has coincided with a rise in Islamist activism, including recent street patrols by self-proclaimed “Sharia Police” vigilantes seeking to enforce the strict moral code of Sunni Salafism in the western city of Wuppertal. In the same city,, reportedly with Palestinian roots, who had hurled a firebomb at a synagogue in July, damaging the facade.

Organizers of Sunday’s rally, which is meant to signal society’s rejection of slurs and hatred against Jews, have registered an expected attendance of 5,000 but hope more than double that number will come. WJC president Ronald S. Lauder as well as political and religious leaders will speak, while President Joachim Gauck will be among the guests.

The WJC said it had chosen Berlin as the venue for the annual meeting, which runs Sunday to Tuesday, before the latest Gaza clashes and the spate of hate speech, both to mark a “real Jewish renaissance in Germany” and to honour the country’s consistent support for its ally Israel. “In the past the idea of holding an important meeting of the World Jewish Congress in Germany was often controversial, which is not the case anymore today,” WJC spokesman Michael Thaidigsmann told AFP.

Nonetheless, anti-Semitism in Germany continues to be an enduring problem. Rabbi Daniel Alter, anti-Semitism officer of the Jewish Community in Berlin, cited a government-commissioned report from 2011 that found that about 25 percent of Germans have “latent anti-Semitic sentiment” on top of the five to 10 percent who openly voice anti-Jewish views.

Alter said that he saw the problem as even more striking in other European countries including Greece, Hungary and France, but that an increase of hate mail in Germany, some of it from obviously well-educated authors and signed, had added up to “an unpleasant and ominous picture.”

Anti-Semitism, which had long been taboo in the country that perpetrated the Holocaust, he said, “has become more or less socially acceptable in Germany.”