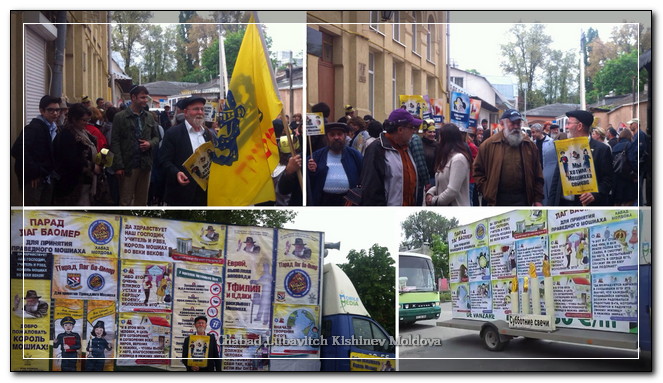 Manchester demonstration draws diverse crowd from across the country; ‘We won’t be intimidated or threatened.’

Some 2,500 people attended a rally against anti-Semitism in the English city of Manchester Sunday, as British Jews remain concerned over a spike in anti-Jewish hate crimes in the UK.

Anti-Semitism rose dramatically worldwide during this summer’s war between Israel and terrorists in Gaza, but Europe was particularly hard-hit by the wave of hatred.

While countries on continent such as France, Belgium, Holland and Germany saw some of the worse anti-Semitic incitement and violence, British Jewry was also left shaken following a 400% increase in anti-Semitism overall.

Much of that took place in London and Manchester, where most of Britain’s Jewish community are concentrated. The Greater Manchester region in northern England saw a total of 52 anti-Semitic attacks in July alone, according to the Community Security Trust which monitors anti-Semitism in the UK.

That stands in sharp contrast to the same month last year, during which just 13 incidents were reported – a 300% increase. The previous six months of 2014 combined saw 96 anti-Semitic crimes.

Demonstrators waves placards calling on the British government and public alike to oppose anti-Semitism, including “Stamp Out Racism” and “We Wont Accept Anti-Semitism – Will You?” Other signs leveled implicit criticism over the growing “acceptability” of anti-Semitism in Europe, including “Hating Jews Is Not Tendy Or Cool”.

The crowd itself was diverse, and included “Jews, Christians and Muslims from across the UK,” according to rally organizer Raphi Bloom of the North West Friends Of Israel (NWFOI).

Indeed, among the sea of Israeli flags, several Kurdish Mancunians could be seen waving Kurdish flags in a show of solidarity with their Jewish neighbors.

“2,500 Jews, Christians and Muslims from all over the UK stood shoulder to shoulder to protest anti-Semitism in the UK and to say loudly that the Jewish community has always been an asset to, and contributed to life in, the UK and should not be attacked for events that happen many thousands of miles away,” said Bloom, who noted that a further 1,200 watched the rally online.

“Over the course of the past four months the Jewish community in the UK experienced a huge increase in anti-Semitic incidents. These coincided with Operation Protective Edge and the Jewish community was attacked both by people disagreeing with Israel’s actions and simply by people who need no excuse for anti-Semitism but who used disagreements with Israel as an excuse. Both were inherently wrong.

“These protests were especially seen in Manchester where a Jewish owned Shop – Kedem… was targeted by anti-Semites shouting support for Hitler, making Nazi salutes, calling Jewish people child killers and telling Jews to go to the gas chambers. Other attacks and abuse were experienced across Manchester and the UK.

“We will continue to fight and expose anti-Semitism wherever we find it and we urge our fellow citizens to join us in this battle,” he vowed.

“We arranged this rally to stand shoulder to shoulder with fellow Jews, Christians and for the first time, the Manchester Kurdish community, to show that we, the Jewish community, will not be intimidated or threatened in our own country and will not be made scapegoats for events that happen many thousands of miles away.”

The crowd heard from a number of speakers, including 92-year-old Holocaust-survivor Henry Chaim Ferster.

The demonstration comes just over a month after a similar protest in London, where crowds demanded “zero tolerance” for anti-Semitism.

And as with that event, the Manchester protest was also spearheaded by grassroots Jewish activists – in this case NWFOI – operating outside of “establishment” groups which many British Jews are increasingly dismissing as irrelevant and impotent.

“It was great to see grass roots organizations springing to the defense of UK Jewry and Israel in such a positive way,” noted activist Simon Cobbs. “Unlike so many of the anti-Israel demonstrations the event in Manchester combined passion, enthusiasm and a very strong message with out the need for acts of hate nor any kind of confrontation.

“We look forward to other communities also playing their part in defeating racism on all levels.”