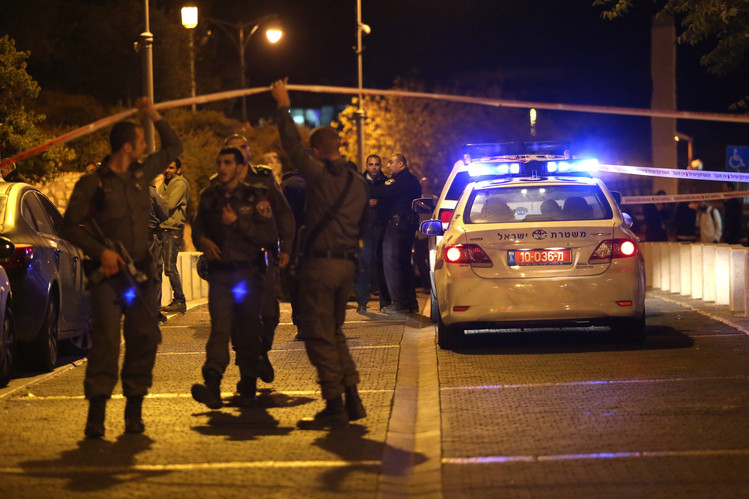 TEL AVIV—A prominent Israeli religious activist was shot and wounded in Jerusalem on Wednesday by gunmen on a motorcycle, in an escalation of months of violence in the city.

American-born Yehuda Glick was taken to Shaare Tzedek hospital in serious condition after being shot at close range. Police said they erected road blocks around the city to try to catch the gunmen.

Mr. Glick is a proponent of greater Israeli control over the Temple Mount plaza, known to Muslims as al-Haram al-Sharif, a site holy to both Muslims and Jews. Mr. Glick was shot after addressing a conference on the subject.

Moshe Feiglin, a member of parliament from Prime Minister Benjamin Netanyahu’s Likud Party who attended the conference, wrote on his Facebook page that the gunman spoke Hebrew with an Arabic accent. Mr. Feiglin and other Temple Mount groups called on Jewish Israelis to show solidarity with them by ascending the holy site on Thursday.

“The most important response to this despicable act is to open the Temple Mount to Jews now,’’ Mr. Feiglin wrote.

The attack, which comes a week after a Palestinian driver killed two people when he plowed his car into light rail passengers on a train platform, ratchets up pressure on the government to crack down on nearly four months of festering violence in Jerusalem. The killing of the driver by police sparked several days of rioting in Palestinian neighborhoods.

In recent weeks, Israeli security services have deployed hundreds of police officers in East Jerusalem. The public security minister said it would take time to tamp down the unrest.

The attack on Wednesday took place at the Menachem Begin Heritage Center, a place on the Jewish side of the city that had been relatively quiet through the months of turmoil.

Access to the Temple Mount complex has been an issue that has raised tensions in the city. Israeli police recently barred admission to the compound, which contains mosques that are the third holiest in Islam, for Palestinian men under the age of 50 in a bid to prevent riots.

Although Jews are banned by Israel from worshiping on the plaza, the site of the ancient Jewish temple, the cause of activists like Mr. Glick—who has been arrested for worshiping at the site—has increasingly been adopted by mainstream politicians on the right as well as in legislative initiatives.

The developments have raised concern among Palestinian leaders, among them President Mahmoud Abbas, who have called on Palestinians to protect the sites “by any means” against Jewish activists—drawing accusations of incitement by Israeli leaders. They have also prompted warnings from Jordan—which administers religious affairs at the compound—that its peace with Israel could be imperiled. Mr. Netanyahu said this week there would be no changes to the status of the site.