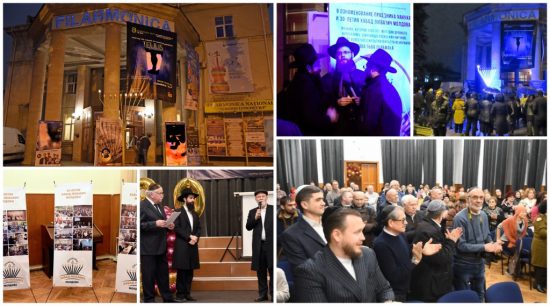 On the 30th anniversary of Chabad of Moldova, the president of the community Mr. Simcha Bojor made a commitment to raise the budgets to bring more families of Rabbis to Moldova. They paid tribute to Rabbi Zalman Abelsky OBM and his wife Rebbetzin Leah for their dedication.