Amar and Stern elected as Chief Rabbis of Jerusalem 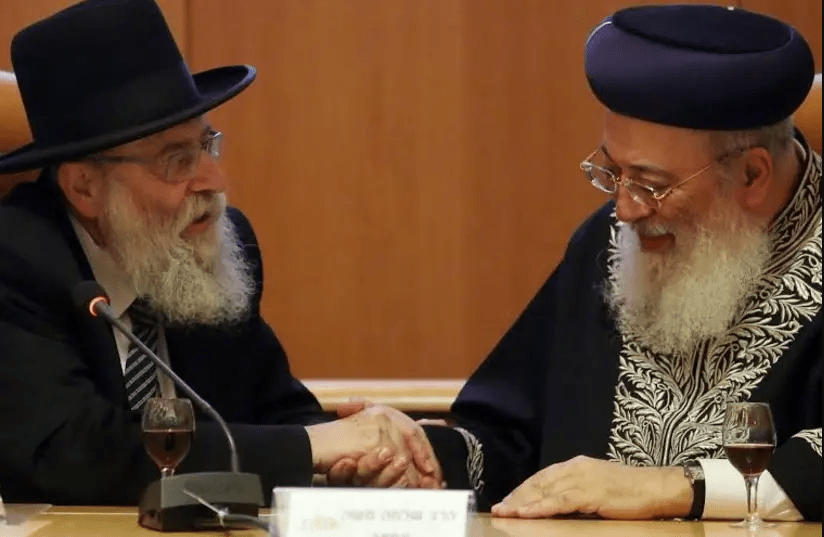 After a bitter and prolonged struggle, in an election race replete with political intrigue, legal drama  and machinations of every stripe, Rabbi Shlomo Amar and Rabbi Arye Stern were elected to be the Sephardi and Ashkenazi Chief Rabbis of Jerusalem on Tuesday night.

The two rabbis fill posts which have been empty for over ten years, following a protracted legal battle over the electoral process for the coveted positions.

The race for the Sephardi position centered around the ongoing battle within the Shas movement and the Sephardi haredi world in the post-Rabbi Ovadia Yosef era, between party chairman Arye Deri along with the Yosef family and Rabbi Shlomo Amar and malcontents within the political party.

While the various factions within Shas did battle, the race for the Ashkenazi position, although less bitter, also witnessed skulduggery in different forms and was contested with determined vigour by all candidates involved.

In the election for Sephardi chief rabbi of Jerusalem, the final voting results from the 48-member electoral body were 28 for Amar, 18 for Rabbi Shmuel Eliyahu, Amar’s closest contender, and two votes for Rabbi Haim Amsalem.

For the Ashkenazi position, 27 votes went to Stern and 20 went to Rabbi Moshe Haim Lau, with one abstention.

Jerusalem Mayor Nir Barkat, who pushed strongly to overcome the legal difficulties and finally hold elections, was a major factor in the successful campaigns of both Amar and Stern, both of whom received the mayor’s strong support and political patronage.

He said he had promised that he would work towards the election of one haredi and one national religious rabbi for Jerusalem in order to represent “all of the city’s residents,” and that he had now succeeded in this mission.

“I intend to work together with the chief rabbis first and foremost to deepen unity in Jerusalem and to build bridges between the different sectors,” Barkat said, and added that “the eyes of the whole world would look at Rabbis Stern and Amar and see in them their path of drawing people closer [to Judaism], moderation and openness to all communities.”